Welcome to the southern tip of Africa. Here, two great oceans meet, warm weather lasts most of the year, and big game roams just beyond the city lights.

This is where humanity began: our ancestors' traces are still evident in fossilised footprints 80 000 years old, and in the world's oldest rock paintings. Today, South Africa is the powerhouse of Africa, the most advanced, broad-based economy on the continent, with infrastructure to match any first-world country.

You can drive on wide, tarred highways all 2 000 kilometres from Musina at the very top of the country to Cape Town at the bottom. Or join the millions of international travellers who disembark at our airports every year.

About two-thirds of Africa's electricity is generated here. Around 40% percent of the continent's phones are here. Over half the world's platinum and 10% of its gold is mined here. And almost everyone who visits is astonished at how far a dollar, euro or pound will stretch.

Welcome to the Republic of South Africa.

Nelson Mandela’s rainbow nation. This magnificent country has it all. Beautiful ranges of mountains down the spine with a pelt of desert, grassland and forest rimmed by Azure wild seas and pristine sun warmed beaches. Visit here and treasure forever the memories that will be etched deep into your memory. You will yearn to return.

Variety is the keyword. From a birding or big game safari in the huge , wild and exotic Kruger National park in the north, down to the fairest Cape of them all and the city of Cape Town protected by Table mountain and the twelve apostles in the far south.

You can be golfing and gambling in glamourous Sun City, host to Africa’s golf major or diving with Great white sharks in Gaansbaai, hiking through the magnificent Drakensburg mountain range or chilling on a beach in sunny Durban with its eastern flavor.

South Africa has much to offer in cultural diversity with 11 major languages, the apartheid and other museums and its large populations of nationals from other African countries. It is also home to some of the earliest human remains and has been referred to as the cradle of mankind..

South Africa is well equipped to cater for visitors with large and very modern airports, a variety of hotels and lodges and good infrastructure. The people are friendly and welcoming.

Voted as the top tourist destination in the world. Beautiful beyond measure and a place of many and varied activities.

The Palace at Sun City 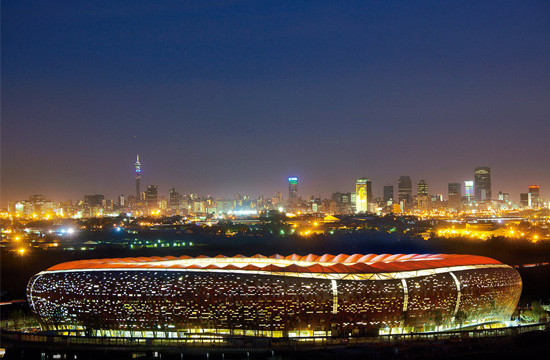 Voted the coolest city in the southern hemisphere by GQ magazine